With the ongoing decadence of our civilization, globalization of our societies and invasion of foreign religions, many of us start to feel a spiritual void. With this void, an interest in our roots starts to grow. And with this interest, many of us are turning to the native religion of Europe, which we colloquially call “European Paganism”.

Germanic peoples can easily connect with their ancient religion, as the pagan spirit in those lands stayed very much alive even after Christianity, in comparison with other places in Europe. They also have the Eddas and the Sagas which are amazing pieces of literature. Italians easily find a connection in the ancient Roman religion, which we know so much about. The same applies to Greeks.

But Iberians seem particularly lost in this regard. They will either turn to the Roman tradition, as Iberia was occupied by the Romans for centuries and we speak languages derived from Latin (except for Basques), or are minimally informed about the Pre-Roman peoples of Iberia and will turn to Celtic paganism, usually Gaulish or Irish paganism, as it is seemingly what would be closer to our ancient culture.

But eventually, many, if not all, will ask: “What about the tradition of the ancient Iberian peoples? What deities did they worship?”. Usually, they don’t find many answers. Good sources about Iberian paganism on the internet are not as easily accessible as the sources for the other European interpretations. And truth be told, most people won’t have the time or dedication to dig deeper.

As a result, I hear many Iberians saying: “We know nothing about Iberian paganism. The Romans and Christianity completely replaced our ancient religion”.

The purpose of this blog is to demystify this. I will try to make everything that we know about our ancient religion easily accessible using the most trusted sources, with the goal of helping my Iberian brothers and sisters reconnect with our roots (those willing to do so at least). Initially I will focus on Gallaecian and Lusitanian paganism, but I hope to branch out to the other ancient Iberian cultures in the future.

Needless to say, if you have suggestions, questions or new insight to share, feel free to use the Contact section to let me know.

And for those wondering, Herminius Mons means Mountains of Hermes, the name the ancient Romans gave to my homeland. Today, however, we call it Serra da Estrela (Star Mountain Range), in Portugal. 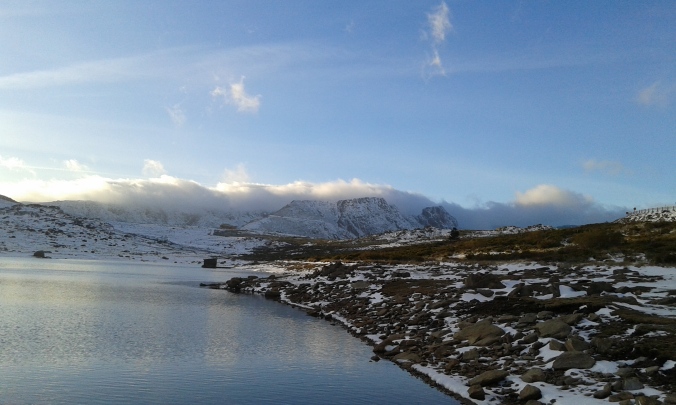